ראשי » The Ecosystem of Cryptocurrencies

The Ecosystem of Cryptocurrencies

In the past few years, cryptocurrencies have emerged into the world’s stage. The invention of bitcoin has completely revolutionized the internet world and nowadays, it is envisaged as a perfect alternative to the traditional fiat currency.

Since the inception of bitcoin in 2009, its popularity has grown exponentially and it has gained too much traction from the retail investors and the mainstream media. Some peoples are a proponent of an idea bitcoin can be effectively used in a monetary system.

According to the statistics disclosed by the CoinMarketCap, as of 2019, the number of active cryptocurrencies that exist independently today in this world has increased dramatically from 1,600 in 2018 to 3,000.

Due to the widespread popularity and the massive adoption of bitcoin, many large scale organizations, tech giants, and e-commerce giants have started accepting cryptocurrency as a medium of exchange. For instance, Netflix accept bitcoin as a default method of payment, Facebook has recently launched its cryptocurrency Libra and Airbnb start accepting bitcoin.

Aside from that, many airlines and hotel booking apps start accepting bitcoin as a medium of exchange for their services.

Despite the huge potential of bitcoin, the skepticism amongst the users remains. That’s why in this article, I’ve decided to delve deeper into the ecosystem of cryptocurrencies.

As of today, cryptocurrency has the potential to address the complex demand of modern financial needs. For instance, cryptocurrencies allow auditors to perform real-time risk management and auditing due to the transparency of transactions that occurred through cryptocurrency.

You’ll come across the term ‘crypto-asset’ quite often when you surf the web for a scholarly article on blockchain technology. Almost all crypt assets can be used as a medium of exchange for products or services, but crypto-assets don’t need to be a currency. An asset can be only treated as a currency if it is accepted as a barter for a wide range of products and services.

Importance of Cryptocurrency for Digital Finance

In this section of an article, I’ll discuss what makes cryptocurrency a perfect match for today’s world of digital finance and how it dramatically reduces the overhead expense of the financial services sector.

Central governments or major institutions have no authority to impose an embargo on the transaction that occurred through cryptocurrency.

Leveraging the potential of cryptocurrency, we can significantly reduce the time consumed in the settlement of cross-border payments or the remittance transfer.

Cryptocurrency provides the tamper-proof mechanism for the storage of transaction because the transaction once gets stored cannot be altered or modified later.

Greater Financial Control over the Asset

Those peoples who are the owner of crypto coins have complete control over their digital assets. Whereas in the traditional financial institutions like banks, you don’t have the complete authority over your money.

Many peoples are of the view cryptocurrency isn’t feasible for massive adoption because of the huge consumption of electricity by the proof-of-work consensus algorithm of bitcoin. To be honest to say, crypto-assets demand a hefty amount of energy resources for their creation and validation. But what makes blockchain worth investing is its ability to transform the traditional banking industry. Blockchain is the underlying technology behind bitcoin and it has plenty of use cases apart from the ledger.

A Crypto wallet can effectively eliminate bank account. Smart contracts pave the way for peer-to-peer crowdlending platforms therefore, it can eliminate the reliance on financial institutions like a bank for the borrowing. So the blockchain can revolutionize the traditional financial sector completely, but while considering cryptocurrency as an alternate the energy cost associated with it must be taken into account.

Cryptocurrency provides the most comprehensive solution to many problems. Here are some of the real-life applications of cryptocurrencies

A smart contract is a self-executing contract between two peers written in computer code completely operated by a blockchain platform. It ensures credible transactions without relying on any third-party regulator such as a legal expert or a real estate broker.

According to an article published on the medium daily digest, apps like SPEDN significantly mitigate the exchange rate risk by converting fiat currency into the cryptocurrency. Similarly, it provides customers a convenient medium of payment.

The article published in the authoritative blog CoinSwith disclosed the fact that the digital construction platform Bullderlum harness the power of blockchain technology to create an ecosystem that connects all the participants of the real estate sector like contractors, workers, developers, and clients.

Expatriates can send their earning abroad and can significantly minimize the currency conversion fees by harnessing the power of USD-backed stable coins. Through sending stablecoins, emigrants can stay away from losing money by converting it into the fiat currency.

CyClean is a startup that unleashes the true potential of blockchain and devises a new blockchain-driven electric car that will mine bitcoin while the user is traveling. Therefore, this car will reduce the carbon footprint and reward its users for using it.

According to the recent article published in the Bitcoin Market, Slice is a new startup that makes real estate investing accessible to those who don’t have the behemoth amount of initial capital. It allows individual investors to foray into the real estate market via tokens and fractional investments that can be as minimum as $10,000.

Globally, the number of blockchain-driven applications and the usage of cryptocurrency is growing exponentially.

According to the statistics revealed by the Statista, as of September 2019, the number of active users of cryptocurrency is 8.9M and now it soars to 42.3M.

According to the recent survey conducted by the global consultancy firm KPMG, 63% of the crypto users use it as a default medium of payment. 82% of active users expressed their keen interest in using crypto tokens for the loyalty reward programs.

According to the Adena Friedman, president, and CEO of Nasdaq: “Cryptocurrency deserves an opportunity to find a sustainable future in our economy”.

While the cryptocurrency is continuously reshaping our economic landscape, but one thing is very certain about it cryptocurrency is transforming our perception about the value of money. With that being said, bitcoin and other blockchain-driven technologies are there to stay for a very long period. I strongly believe in the upcoming future, you’ll experience more peoples will switch towards cryptocurrencies due to the inefficiencies in the traditional financial system. 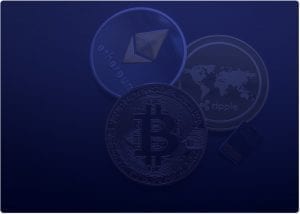